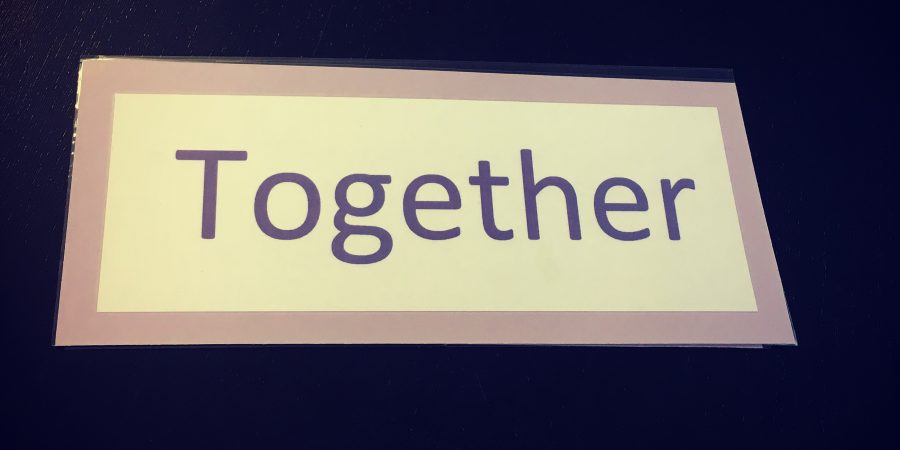 Last week’s episode of Call The Midwife caused a Twitter storm before it had even started.  The continuity announcer introduced it as gentle nostalgia. The sort of adjectives suggesting a quaint, mild, uncontroversial, quiet show. I wonder why, I think, snarling and growing another skein, why does the announcer emphasise the idea this show is cosy? Is it because it is about women? And often middle-aged women at that?

It reminded me of a boss I once had who used the word ‘little’ as the adjective for my work. As in ‘thank you for your little update’, a simple linguistic put-down, but an effective one. Women’s things are small fry. Watching Call The Midwife on catch-up, I had the same furious reaction: thumping out my own annoyance on Twitter even though this was days later.

Call The Midwife is not gentle, and though it is set in the past, it is not nostalgic – it is forward thinking, political and brave. It speaks directly and purposefully to the situations women find themselves in today, our healthcare and autonomy still a matter for debate

My hope was that the continuity announcer had never seen Call The Midwife – though this is unlikely given its enormous success. Heidi Thomas may not be on Twitter but she’s effectively our Shonda Rhimes, the UK showrunner who owned the Christmas ratings with Call The Midwife and Little Women, but who has also by stealth brought many feminist issues to the fore under the guise of ‘gentle’ drama. Like Rhimes, Thomas has double-backed on those who do not pay attention to the detail of cultural products aimed at women, waited for the dogwhistle and let it sing, using this unchallenged platform to shout previously unspoken truths to the wide, wide audience for her little Sunday teatime show. They weren’t turned off, they tuned in.

Call The Midwife is not gentle, and though it is set in the past, it is not nostalgic – it is forward thinking, political and brave. It speaks directly and purposefully to the situations women find themselves in today, our healthcare and autonomy still a matter for debate, still something men are allowed to discuss and bring forth their views on, often with considerable weight. It is a forward-looking show, exploring austerity, healthcare funding, morality and stigma around women’s bodies, childbirth, midwifery, race, and health, epecially mental health.

There’s an interesting quandry at play – Call The Midwife recieves flack on both sides. Like all shows mostly about women, it gets the Janus of criticism. Either it is pedestrian, past-yearning, a little story of little women, a triviality, or it is a bit disgusting and OTT with all its emotions and fannies and midwifery polluting the airwaves with unnmentionables like still-birth and miscarriage and abortion and unwanted children and much needed babies and sick women and rape and faith and death and female friendship and underwear and difficult family situations week after week. I’m so pleased that Thomas and her writers effectively give all these criticisms the big f-off, Sunday after Sunday, and persist in their character-driven drama, which explores bodies, parenting, women’s place in society now, and the intersections between that and class, disability, emotions, disease, futures, ambition and hope.

My particular interest is in the unspeakableness of incontinence as a condition, an area where Call The Midwife excels. Despite incontinence being one of the most common health issues for women, especially (but not exclusively) women who have given birth, been pregnant, or gone through the menopause, it remains taboo. And I’m thinking about it a lot as I am writing about my life as incontinent person at the moment.

As I think back over the more troubled times I had with continence, I realise that for many years of my continence ‘journey’, Call The Midwife has been there week after week, dealing with babies and birth and aging and the nitty gritty of lives and stories as lived. It has not shied away from showing, for example, women improvising help for such an embarassing situation – involuntary leaking of wee or poo. And showing that on doing that, women often delay recovery or find themselves sinking into a fug of ignorance cooked up in old wives’ tales and myths, a fug that is harmful as it suggests no help is on offer, or getting it will be humiliating. Worse, not realising continence help is available, often free, and usually effective, means women in the past, but also the present, become socially isolated and unable to maintain a healthy lifestyle.

The Call The Midwife prolapse story a few seasons ago showed a middle-aged woman unable to take part in a keep fit class. Seems simple, reflects a massive problem -women who leak or fart or completely wet themselves when they run or star jump or stretch frequently stop doing these things. This means they don’t go out, reduce social contact and place themselves at high risk of heart disease, obesity, diabetes – all sorts. The story is set in the past, but the messages are very direct and still pertinent for the 1/3 of women who leak: doctors, nurses, midwives can help, and will. And much can be done, to cure or relieve symptoms.

In the first devastating episode of this series, an elderly Jewish couple living in a condemned street struggle to find meaning and a sense of themselves beyond their heritage and history in their house, even though the wife is dying of cancer in her bowels. As she draws closer to death, the woman is determined to live on in her home, to die in her city, her street, her living room and it falls to her husband and daughter to help find a way to her to do this, to die in the home she built for her family. They do this with help of their community doctor and nurse, grasp for normality, rest, dignity, in the painful mess and sadness of death. Part and parcel of that is seeing the stoma bag that the patient uses. A bag for her waste. When it gets dislodged, she is panicked and deeply distressed, terrified her husband will think badly of her. A nurse helps her. Her doctor helps them both. We briefly see the bag.

We do not often get to see stoma bags on medical dramas, though Shonda Rhimes’ first hit show Grey’s Anatomy also showed one and talked fistula in the first three episodes of this series when following a female soldier and surgeon seriously injured and desperate heal her scars and fix her broken (and partially visible) guts.

Another episode tracked a woman who had a stroke just after delivering her baby. The story focussed on her mother’s shock and shame and worry, her inability to trust men after being abandoned by her own daughter’s father, and her need to blame someone for this awful act and in doing so lashing out at a black midwife, invited to train here from her home in the Commonwealth, and easy to single out. It also explored the hum drum exhaustion of double incontinence as an issue for those, often but not always women, caring for someone who cannot easily leave bed and has no control over how they relieve themselves. The adult nappies were an issue, a shame, a chore, and not something anyone signed up for especially in a young patient. But they were also part and parcel of the carer’s life, and handled without fuss or unkindness by the health care professionals.

Incontinent people have enough to worry about without the insidiously bullshit suggestion that we couldn’t rule the free world just because we wear pads in our pants or use a bag.

This isn’t gentle. It is radical. Incontinent people are marginalised all the time, by lazy jokes and metaphors, and bastards like the commentators on the Donald Trump expose book Fire and Fury. Why be cross with American commentators? Because several cited the possiblity that Trump might be incontinent and wet the bed (the book claims he insists his family change his sheets each morning and has a lock on his bedroom door) as part of why he’s such a mess of a man! When that happened, as people all over the world started devouring the exploration of the intimate details of life in The White House earlier this year, I was incandescent, but couldn’t find an outrage source beyond tweeting. It isn’t a story that seems like it needs telling perhaps, especially if you are not incontinent or leaky, and therefore not constantly put down and made the butt of the joke. But let me put the record straight.

As a society, shouldn’t we all move on a bit? I mean, seriously. There’s plenty to be cross with about Trump, and so many reasons why, should you want to, you can deem him unfit for office. But his toilet control? FUCK OFF. Incontinent people have enough to worry about without the insidiously bullshit suggestion that we couldn’t rule the free world just because we wear pads in our pants or use a bag.

But back to Call The Midwife and their willingness to look at how being leaky can often be conflated with just being a woman or growing old. Their messaging is spot on when I compare it to other continence experts and campaigners as I finish my story.

The reason scenes like this are so important is not because they present an upbeat inspiring message about continence problems, but because they don’t hide them, or pretend, as many narratives about health, living and dying do, that they are easily solved or invisible.

My continence is largely improved though I am still a patient. But I am hypersensitive to the stigma heaped onto anyone with toilet issues. Just because continence problems and accidents are embarassing and upsetting and grim doesn’t mean it is okay to keep them so hidden. Not least because even a glancing view, a snatch of dialogue, a brief shot of a pad or bag in a medical kit, is enough to mark your place in the world.

Sometimes just seeing someone else, even a character in a ‘gentle’ TV show, is enough to remind you you are human. That somehow we are all in this big messy world together. And that’s got to be good, right? That we can be ourselves, name ourselves, stand together, and find help and hope, with a far more sympathetic ear than the myth of taboo suggests.