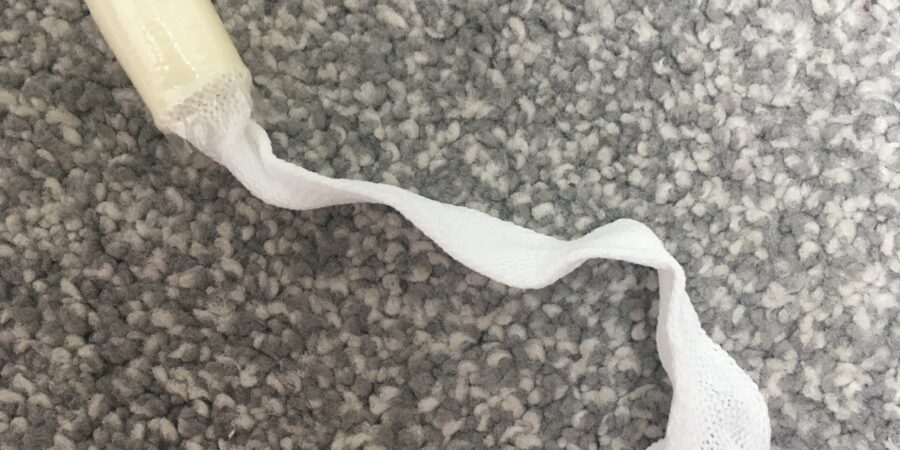 Some taboos have deeper taboos hiding inside them. And some tampons are far more embarassing than other tampons. Writing my piss and tell memoir PMSL taught me a lot about taboo and how it impacts on our relationships with other people and ourselves. This device, that you could hide in your hand, was one of the most potent emblems of the worst taboo: the only thing worse than leaking wee? Leaking the other stuff…

Life throws us the strangest curveballs and opportunities. This is one of those such things, and it came to symbolise so much in my incontinence journey. A bit like dreaming of being a ‘proper’ writer your entire life and then finally getting a bestseller like #PMSL because you ‘fessed up to some of the most embarrassing conditions known to woman – and man.

Do you know what this is?

For those of you who don’t know what the picture is of, take another look. Where might that fit? Yes – it is a special plug device used to stop you leaking poo. It couldn’t handle full on explosive stuff, but it can stop more passive leaking. I’m thinking about them a lot as when I am doing virtual zooms and talks people are asking a lot about the worst taboos. I opened up this sample during a launch because I could see people didn’t know what I was talking about and I wanted to show them that yes, it was upsetting, but also look, it doesn’t bite. And I wanted to reassure them too. It is okay to be inquisitive, or ranked out. My own GP had never seen an anal plug and asked for one of my samples to look. For her it was about wanting to understand the mechanics, and possibly also wanting to have seen and touched something herself so she could reassure patients who needed them that they werent something scary, they were just an object that could help them.

It is just some clever super smart absorbent cotton and a flexible string, after all. I can’t blame people for being weird though. When I opened it on a zoom book launch I had a moment of fear, a split second where I could feel my smile stiffening and I wondered if I would just start bawling and scare everyone to death. But that’s what it feels like when you are swimming in smelly stigma. So I took a deep breath and opened it anyway.

Bum tampons are an emotional topic as poo incontinence is just the worst. This little plug is is definitely, definitely one of the things which made me feel strange – but also changed my life. Poo incontinence is the step beyond easy to laugh about urinary incontinence. Poo, it turns out, the real unmentionable sometimes even missing from education websites about incontinence. The thing so many charities wanted me to talk about in the book – bowel leakage.

I was first prescribed – what a prescription! – these anal plugs when I had some bowel leakage due to my disfunctional – and super-fucked-off – pelvic floor. It was definitely one of the hardest things to write about. But one of the most important too. Even medics I spoke to talked about how hard the conversations are about anything bottom related. And how some patients couldn’t say a thing about it because they were so ashamed. So ashamed that many women take years – like, up to 10 years – to do anything about fecal leaking. TEN YEARS. Of suffering and shame because we can’t talk about it.

Let’s be clear, I don’t like it. My cheeks are glowing now and I can’t believe I am about to press send and publish on a post illustrated by a bum tampon. But still, if it helps one woman speak up sooner or ask for a prescription herself or know, that there are things, even weird things like bum tampons, which can change and improve your life, your confidence, your sense of being okay and normal? Then that’s a good thing. And worth a blush or two on my part.

You can order PMSL here or any good UK bookshop