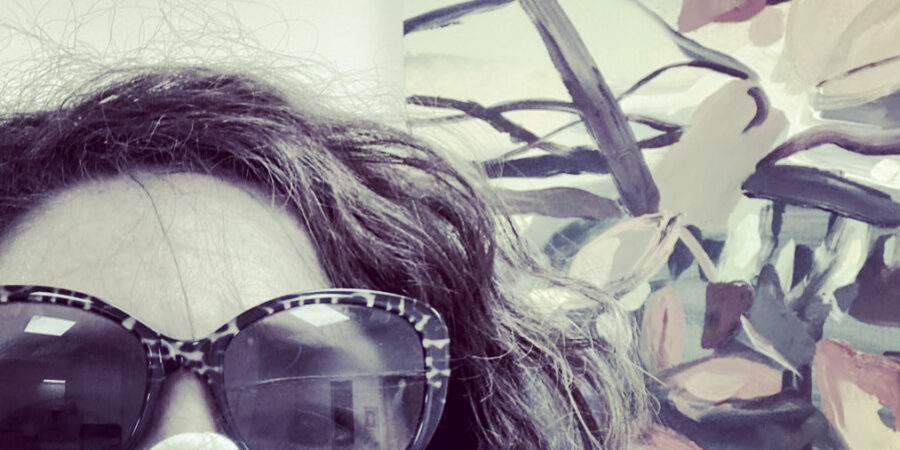 There are two types of people in the world. Two sides, when the lines are drawn and we reveal our essence. There are those for whom social distancing has an element of relief, for whom a quieter life, small gatherings have a majesty and truth. A calmness maybe, that is as part of who they are. A quiet place. Where reservation skirts to near withdrawal but allows for bridges at important times, for important people. A bit of distance is a dress that feels like home.

And then there are the facelickers.

I’m definitely on the side of the facelickers.

And it’s true: I won’t. I won’t lick a face. I will scurry whenever I emerge. I will not savour moments near anybody else. I will not lick a stranger even if the urge is overwhelming. I will stand 2 metres away and only imagine what two strangers’ bodies feel like as the snow on their jackets melts with their heat. I will keep this pact we’ve made to protect us all from death. I will keep the pact and keep my distance and obey the rules. I will lick no faces today. But I tell you something: I will want to, yes I will.

I realise it’s disgusting, like telling you I’ve eaten my own snot or peed while I stood in the shower. Like I’ve been some kind of fiend, like my biography would make your mum’s berocca fizz too hard. It isn’t a thing we are supposed to discuss.

There’s a silent agreement that we can’t explore the physiological mechanics of our humaness and how they entwine with our emotions. It is why we have body shame, or stigmatise illness, disease, anything which confirms for all of us that bodies sometimes break. Why we don’t talk about how we know that a body isn’t working, how we know because of the change in look, or feel, or smell.

The humanness of our bodies is a massive deal though. What bodies look and sound and feel like, how they are designed, what it feels like when they are hurt or broken, and especially the magic that they make when they rub up against each other. Not sex. Or not just sex.

The touch of another body can define your mood, your place in the world, whether we feel safe, or not. By not focussing on the importance of bodiliness, we miss the opposite: how the absence of touch can be as vivid as a slapped face.

I don’t know what I believe about national psyches, but I do know in this country, the plague town of plague towns, (world beating for transmission, death, new strains), with our government of national disunity and our confusion over what pride and values mean, our data illiteracy, our wanting, always, for an underdog to cherish, we are funny about bodies. We are averse and distrusting of those who touch and kiss and reveal too much.

Still constrained by Victorian prudishness perhaps? This whole experiment has shown that we are lost without a reservoir of reserve to hide behind.

I think our touching horror is why we shout out loud, scream at the world, that there’s no space at the inn. We’re full, there’s no more room, there’s no space for anyone else. We scream from empty fields on the top of white cliffs, from looming parliament buildings, in the centres of windy towns as a handful of shoppers brave what’s left of the highstreet in their makeshift facemasks. We rant about overflowing in spaces so big our voices echo all around. There’s lots of space – there’s more than enough space here.

Perhaps we just are afraid of the electricity that will be made if we fill up too much. Scared if we all stand a bit closer it will be too claustrophobic?

It’s ironic that because of this we accept people being locked up in disused barracks, filed out of expansive countryside to be squashed like sardines, in buildings that are cold and condemned, because they dared to ask to come in. Is that why? Because we’ve persuaded ourselves there is a primal fear of the different feel and smell of different skin, that it’s unnatural the way we breathe in each other’s heat and moisture?

Covid-19 definitely intensifies it. Articulates the profundity of this bodily us. Without meaning to it has put a negative spin on what happens when we share. It has shown we are all part of the same thing. We don’t just inhabit each other’s space, we breath our spaces in and out down other people’s throats until it gets right to their lungs.

I don’t have it, that fear of the other bodies. I’ve always loved a snog. But maybe the ideas are linked?

I’ve known since I was very little that we weren’t supposed to touch, but that I was a toucher. I see a painting in a museum and I want to touch it. I like the painting more, remember them if I can feel a close friend’s whisper brushing on my cheek as we joke about what it means.

We don’t like to acknowledge the peasant truth. The bits of us that remain from being wandering wondering people. How we are supposed to sleep on piles of each other, under furs, hair tangled in a mess of sweat, generations piled skin-on-skin, huddled in caves. How we’re designed to know each other’s scent, to huddle close, share warmth, create an armoury of love and safety out of skin and muscle, sweat and condensation.

Introverts and Extroverts. Innies and outies. Slobs and neat freaks. People who believe in the Oxford Comma, and people who don’t. The world is full of binaries. And despite the drive for a non-binary, multifaceted, gradient filled and spectrum embracing way of seeing things a new there are still big divides. Fundamentals. And this for me is one.

A year of this has shown the lack of reticent, the cleave for touch, for me is fundamental. It is me, to hold hands, to kiss and touch, to raspberry a belly and feel the vibrations of that scared excited bellow of toddler’s laugh, the screams of a tickle fight.

I want to smell someone’s breath, inhale BO, catch a hint of whisky, or perfume, or E45 in the wind if I lean in too close when standing on the tube. I want to be roughed up by other people’s coats and hear their breath as I’m rammed onto the stand right side of the escalator. I want chivalry gone wrong: to brush hands with someone awkwardly, mess up when opening a door. I want the social embarrassment of an accidental lip kiss when you miss the cheek and brush a close friend’s mouth. I’ll take anything though. I even miss the rule of fucking six!

I fear for the future. What will I DO if they ever let me out?  What will I become? Some marauding kissing machine. A berserker throwing herself into the world, treating the school gates like a mosh pit.

I haven’t always been this hungry. Yes, I am a kisser. Both sides, maybe with a hug. But, you know, I try, for the other people, the not-facelickers who aren’t into that kind of thing. I try to remember their preference and not letch. At least I hope I’m don’t letch, but I’m so numbed right now on the outskirts of myself that I’m not sure I can tell what I am any more. I am disconnected from the source. I feel like I have a neurological problem. Well, I do have a neurological problem, but it has intensified; I don’t know where my broken nerves start and the buzzing sensation of the loss of *all this all around us* begins. There’s electricity to the edge of me. The power is building up, like it might explode, like I might kill you dead by mistake with the shock of it. I will short circuit if I wade into the water, murder all the fish in the sea if I step in and go ZAP.

I’m distracted by the seeping need to touch, and how it has nowhere to go. It would leak but there’s no escape. Water travels downwards when it comes through the roof, but this is something different. This is a flood, a backed-up deluge. It is outlet-less. So I’m alone inside myself, drowning, rueing all those intimate connections unrealised, unformed, in the past, as I remain untouched.

And I am lucky. I at least have three people I can touch. Three lots of hair that isn’t mine, that I might still feel on my cheek. Three different smells and textures to skim my fingers over. I would have lost my mind completely if I was locked up all alone. I cry for for the young and old who are still all alone. I weep knowing they are stronger than I could be. And some of them must be facelickers too.

I tried to bring this up with friends.

‘We’re all fucking sick of each other,’ says my friend Katie, who I shouldn’t have quoted like that as I am a much worse swearer. ‘We want something different. We need DIFFERENT.’

I need different. I need laughs that I am not expecting. Looking is nearly enough but you need to loiter to observe properly. I need to stand still in the bustle of a crowd, and watch a blush spread out across the neck of another woman, a rush of pink, a brightening, all that emotion amplifying her whole self through her tight hot skin.

I saw my doctor, who has touched me with his healing hands before. I toyed with lying, finding a way to make him touch my knees or my arthritic neck. But I knew it wouldn’t be the same. I have had intimate medical examinations during these lockdowns, when there was no choice, when a flat face on a screen just wouldn’t do. But it didn’t scratch the itch, because they all smelled the same. Of rubber and disappointment, the overwhelm of exhaustion in the beads of sweat, the musty strangeness all that breath through masks. My eyes were misted up, their hands were gloved.

We are not designed for this.

We aren’t. I’m definitely not. I want to be marauding in the crowds. I want to smell the spit and taste the song of it. The noise of people, the surprise of charging into a stranger because they are on their phone. How I wasted those moments back in ‘the before’, the before all this.

Just think of all that sensation wasted, how much ‘me time’ I sought, how I mistook my babies touch for tyranny when my body was broken and people kept looking and touching it over and over again. How silly I was to be cross when someone splashed me with their pint, got larger on my top, burnt a hole in my coat with a cigarette.

How I squandered my essential humanness. And, by God, how I mourn all the faces that I never licked.

If you want to buy my book, PMSL, it is available on amazon and The All Good Bookshop has signed copies.