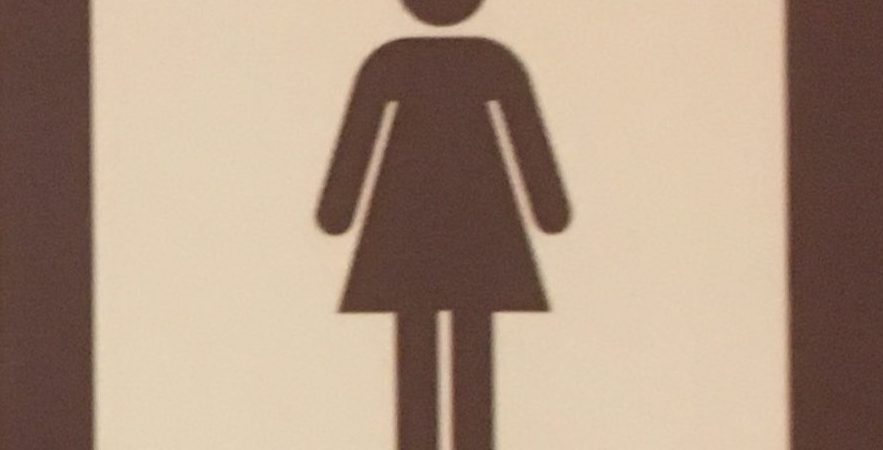 Can the COVID crisis and its lockdown legacy of personal waste left in parks, and dirty knickers littering beaches, at least do one good thing and highlight the need for proper sanitation policy and easily accessible public toilets for all…

I see her as soon as we walk into the park. I can tell from the way she has a taut base layer of tension under her skin and her eyes dart around. She’s listening to her children and the friends sitting on another picnic blanket a few hundred cm away, but I can tell. Her mind’s on a scavenger hunt. She looks momentarily relieved at the sight of the cafe, but less so when she spots the pavilion is shut off. I could scan the scene for more people like her. I know the signs, they are like me.

It isn’t unusual, people looking bemused, startled, or confused in public spaces over the last few days. We are all reliving our old normal with the shock and awe of characters in post-apocalyptic or blitz movies on a daily basis. Stumbling over familiar footprints. Shocked by the sharp reflections of the early summer light, the gaudy brightness of nature, even controlled nature, in so-called public spaces like this lovely local park. It’s too much, really, to easily compute the sealed-off playgrounds and tennis courts, the unused roundabouts and skate parks, the paths busy but their travellers shuffling in stilted groups stop-starting their way around, the families or ‘household groups’ in discrete-ish bundles.

Currently we are allowed to meet one person each from a different household if we mind the 2m gap. We are all interpreting it slightly differently, some alone, some in family groups paired with a similar number. The effect of all this will echo through our social lives and behaviours for years, probably. So why do I focus on this one, slightly nervous woman, who has given herself away to anyone in the know? Why is she more stressed than most of the men here?

She’s like this because she has a combination of learned and familiar responses, prompted by where she is, what she knows about her body, and the weird unfamiliarity of the familiar everyone is bumping up against as they emerge from locked down houses. She’s like this because the release from lockdown as come with a reminder and a cost for her. She is thrilled to be outside, to feel freed and unrestrained, to stretch her toes in her flip-flops and see the shadows cast by children running madly around and the echo of multiple voices where she doesn’t have to worry about the neighbours. But she’s scared too, because the public toilets look like they are closed, and staying here to grab a sunny afternoon will pose a considerable problem for her. A real risk.

There are ways to tackle it, for sure. From the upswing in she-wee sales and secretive whispers about where to buy portable pee bags for usually only for campers and festival goers. Is this right, that anyone with a slightly overactive or little bladder can’t go outside for long enough for a proper chat, without taking a freezer bag full of absorbent beads with her to widdle on the sly and then carry home in their handbag? Or worse.

The lack of loos enough loos was always devilment enough. It always has been, but now they are shut you can see the fear writ large. Perhaps people didnt notice the discomfort of others at limited loos before as it didn’t seem quite so important to be outside. Or perhaps people with continence woes just got used to spending extra planning time making sure when we could we’d wend our way differently, past public loos and cafes, discreetly pop into pubs on the way home, know our routes, plan our motorway stops. Lockdown released many of us from that burden, grim though the confinement was. We were climbing the walls as high as anyone, but rarely faced being caught short, we were okay when we couldn’t leave our front room.

There are plenty of us wearing big skirts or maxi dresses, just in case, here in the park. And when the weekends over reports on daytime TV phone-ins and local facebook groups start to tell of worse. There are disgusting stories of tourists defecating and pissing in residential areas, leaving piles of soiled clothes near beaches. Rows of dirty emergency protests along with their other litter, another legacy of rules stretching, from the hundreds going to play on a beach.

But in a more gentle way, aside from outrage, the shutting down of already scarce public toilets during the brief unlocking makes me wonder: how many mums are worried about how to pee on these first trips out? And worse:

How many are remaining locked down with kids wanting to play, and friends wanting to chat and catch up, just outside the front door, but as inaccessible as the moon?

After all, if numbers, usually composite from research in the UK and around the world, are to believed, bladder problems are more common than hayfever. And given the pollen count: let me be clear, the intersection of those two states is THE WORST.

Urge and stress incontinence affect millions of women. The likelihood is, given the sensitivity, that the numbers are bigger than reported by the way; certainly that’s the view of bodies like the World Federation of Incontinence Patients and many healthcare practitioners working in continence care.

Caroline Craido Perez, who’s best seller INVISIBLE WOMEN is still making people stock-take their experiences in a world built for men, takes the statistical view on the little girls’ room, and argues toilets are a feminist issue. Women take longer in the toilet than men but have less of them. Incontinence is a double whammy for women. They are over-represented in the proportion of people suffering from continence issues, especially those who are menopausal or have had children, and also in the population of carers for others who leak or need help going or adequate space to be changed.

So I wanted to cheer when I saw that some of the papers and people raising questions at daily briefings had started asking about loos. Well, I nearly cheered; then despaired that this wasn’t a simple factor on a priority public list for policy and logistical planners anyway. Yes of course there are health issues more prescient in a time of crisis, but in terms of letting women in particular out after the lockdown, it seemed overlooked. Not least given vast numbers who may well be suffering from post-viral cough. And this is without covering those who have diseases like IBS, Chron’s and Colitis finding they can’t embrace the new guidance as loos are boarded up.

Would that have been the case if the policymakers were more representative of our society at a senior level, in terms of sex, age and disability particularly? We’ll never know, but I do know women are often cowed into accepting their toilet inequality – bundling all the kids in to a disabled loo which doubles as the ladies in a master stroke of poor planning. Watching from an indecent queue as menfolk saunter in to a room with several urinals and a screened off WC. Accepting of it, even when it diminishes quality of life.

This has got to change.

There have been many campaigns before, so many people who have crunched the numbers and pointed out the discrepancies between availability of toilets for men and women, activists such as Changing Rooms generating column inches about a lack of suitable accessible toilets and changing facilities for people with additional needs travelling around, a lack of places to spend a penny.

For women, toilets and peeing are a key issue, a basic need often poorly met or not at all, is a tale so old it feels inevitable. Something we all know about from the first time we see someone with a penis manage to use a tree to discreetly piss in public when we had to crouch down and cause a river to gush all over our shoes (or more likely told to wait and hold it in).

If the issue becomes more focused as a result of COVID-19 that will be one decent legacy at least. If we are all disgusted by the people leaving mess behind in beauty spots with shut toilets, making domestic and public spaces unsanitary places – and want, very much for others to be able to control themselves and contain their waste – we need to be clear and demanding. Public toilets should be OPEN now and improved as soon as possible. We should be compelled to clean them when we use them. And charging for them is unfair given the widespread need.

If we don’t, we are leaving many people stuck in the lockdown for far longer than 10 weeks.