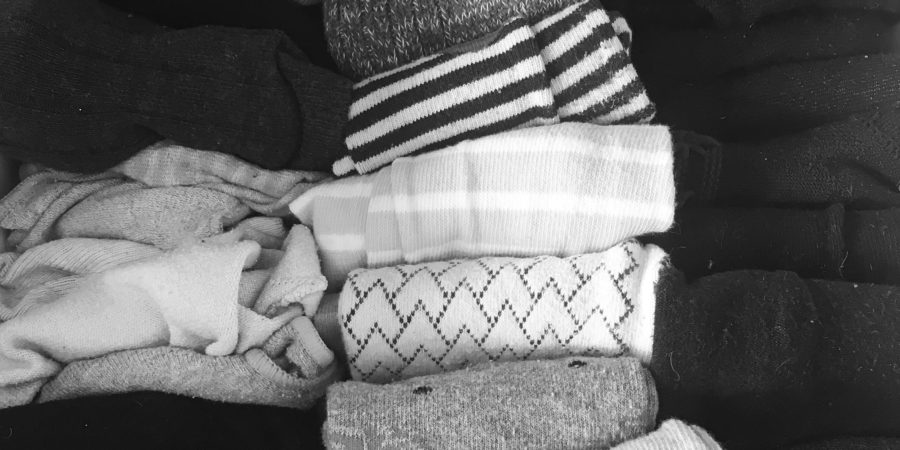 I thought I’d hate Kondo’s approach, that it would shame me for who I have become and who I am and the vast gulf between both those things sometimes, and what I might hope to be. That her programme or book would look down on me for having tried and failed so often to bring in the serene, to take control.

I love Marie Kondo’s show on Netflix. I found it moving and a little too close to home as she met family and couple after family and couple. I over-identified with all the sadness and worry about missing out on the best time – family time. About time wasted squabbling and searching for things, buying them even, that we know we already have. From hoover bags to face wipes, from flip flops to tweezers to bubble bath. Things that are stockpiled and lost.

I thought I’d hate Kondo’s approach, that it would shame me for who I have become and who I am and the vast gulf between both those things sometimes, and what I might hope to be. That her programme or book would look down on me for having tried and failed so often to bring in the serene, to take control.

We live in a time of gratitude fetishization, I was ready to shout, which has taken over, I assume, from religious guilt.

But actually, Kondo doesn’t shame clutterful living, just joyless surviving. She firmly and kindly repeats and repeats that we should cherish things we love and fill our life with them in the way that makes us who we want to be or signals to ourselves, and maybe to the universe or others, the life we want to live in the future. I find her kind. And honest, though fear she would drop dead with horror if she saw the playroom.

I want it to work because I want to be able to have a morning – just one – where there is no stress about something lost, or at least only stress about one thing lost.

On gratitude, of course I don’t always mind it. I can see that appreciating the ‘here and now’, the ‘day-to-day’, the ‘normal (and its beguiling charms)’ can be useful. Stop us fomo-ing into a frenzy. Stop us missing what is good in our lives and to be built on and cherished, in the endless pursuit of more and bigger and more expensive and better. But still. I do get a bit tired of having to always think about the benefits brought by bad luck, the side order of wisdom you get when served a plate of life tripe.

But somehow all these thoughts started to collide after some annoying arthritis niggles, a new set of physio to sign up to mentally and physically, and being asked to write a story for a chronic pain blog last week.

I always feel a sham in the face of The Mighty and other publications, though I trawl them, nodding my head, often enough on nights when I can’t sleep. My chronic pain is chronic, but often really not so bad, and fairly well controlled I think, even if it sometimes gets a bit too hot to handle. One of the questions was about what I grieved most, what I missed. It’s easy to spiral in the face of such questions, to double-down on twisty thoughts, to get sucked in to all that’s wrong in the world.

But it felt so tied with my ever so gradual, when I’m limber enough in the evening, micro Kondo-ing as I watch her transform lives and living rooms and gradually start to transform mine.

We live in a time of gratitude fetishization, I was ready to shout, which has taken over, I assume, from religious guilt. But actually, Kondo doesn’t shame clutterful living, just joyless surviving.

What do I grieve most though, what is it that’s the worst about an embarrassing or messy illness. What did I miss? Tidying and doing things which make anyone’s life easier, sorting draws so you can find things easily, lining your socks in a row so you always know how many you have and don’t have to  rush around at the last minute, was helpful. But I realise, like my neatly ordered medicine box, it is only saving me time that has been already taken up by health admin and being slower. I realise most of all I miss rushing.

That cardinal sin of chaos and mess, and not quite firm enough plans, and last-minute ticket booking and running for a train. I miss not having to think about the big picture and the big plans and drill down the detail because it didn’t matter which bit of the tube I got on, whether there was likely to be a seat, if I had to jog for a bus. I miss being able to navigate piles of clothes that are now death traps. I miss being able to roll out of bed with 15 minutes to go, not set my alarm early so I can limber up and let my joints kick in.

I miss not having to over-analyse all my fun – will there be steps… to the restaurant (probably), to the boarding gate (possibly), to the ladies toilet (ALMOST ALWAYS)? Have I packed the right meds? Last week, I ran out of normal old paracetamol that I use like a soft drink mixer to try and make sure I’m not taking the biggest, baddest codeine-based drugs neat all the time – me needing something as plain and tame as good ole paracetamol was seen as a crazy anomaly by colleagues who know about my arthritis. But I was just annoyed at the levels of double-checking.

I miss having the choice of chaos and the wriggle room to turn a disaster around.

Do I have a stick, will I need one? Is my phone definitely charged in case I can’t do the tube and need a taxi? Have I remembered to sort my handbag and other bag so that I can definitely find things straight away without fumbling, have I phoned in the script, double checked the appointment? Have I definitely planned an outfit (or at least an alternative) that doesn’t have buttons or zips? Do I need to have a shower when my husband’s in or am I good to go even if there isn’t an adult in the house?

Some of these questions I only have to ask when I’m really ill, obviously. Others are a bit more everyday, like the punishing choices of breakfast or not when the minutes tick on and I’m about to hit rush hour, rush hour where even a crutch or stick doesn’t guarantee a seat, you may just have to rely on the sardine squish of other commuters to keep you wedged and upright – where worse, your crutch might get kicked away, or like last week knocked to the ground by a hoard of exchange students who then don’t move fast enough for you to move fast enough and get of the train. Even that 3m of rushing from a seat to the doors was too much and I ended on another stop.

I miss having the choice of chaos and the tantalising wriggle room to turn a disaster around. I miss running for a bus, for school pick up, for a plane, and being able to make up for no breakfast with a coffee, without making a deal with the devil as I must do now, the coffee in my non-crutch leaving me with no hands to open any doors.

I miss reading a book and getting engrossed but knowing I’ll be able to jump up and off the tube without creaking. I miss being able to have all manner of crap in my bag, to not drop keys unless I was drunk, to know I can get changed quickly in the loos after work if needed, to not feel apprehensive of the arthritic acrobatics of a new pair of tights in a cubical that’s not big enough.

So though Kondo has sparked in me a new organised self which it fine, awesome in fact. It has only started to bridge the gap, a gap which crept up on my by stealth – the difference between time when well and time when not. Sick time, chronic illness time, pain time, patient time, whatever you want to call it is a different space to well me time when I didn’t have to always be on high alert. So I am grateful, but I feel annoyed because the new more organised me is just as brutally punished if I misstep, and can never seem to paper the crack or bridge the gap.

All those years of slightly hating on myself for my lack of organisation, and I thought I’d be pleased to be forced to be ever so slightly more military about the mornings and sorting my clothes – yes, by type, but also by good hand and bad hand day – but instead the window of winging it just got smaller.

I thought the day I Kondo-ed my wardrobe, I’d never see my slightly ruddy cheeks again and breathless hellos again. Instead, I’ve just made up for illness time with well-ordered socks.