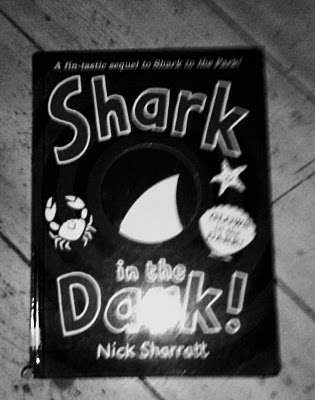 So today we went to the library. I shivered at a future that might have been. It is the first place I lost my son. And it taught me a lesson, in parenting as watchfulness and our duty to concentrate on what our children are doing.

He was two and escaped the safe paddock and playhouse of the Children’s floor. A kindly old woman, had spied him whilst studying and scooped him up. She knew that we all have a role in watching our children. There he was, standing at the top of the stairs. Small, but unafraid, eager for the steep journey ahead. I was terrified. I thought he would fall. Afterwards I thought he could have fallen. It haunted me.
We have returned many times. We have returned to get lost. To find jokes, and rhymes, old friends and new. We’ve been there to sing, to draw, to play, to be still. Mostly to rent Fireman Sam and pay fines. My son knows the library well. He’s comfortable amongst the shelves and tubs, sneaking behind the desk, finding the secret hiding place where The Giant Jam Sandwich gets wedged. He knows the computers, big books, the old toys. He can open the gate himself and usher his younger brother to the lift (NOT the stairs).
So today, we went to the library, to find two books about being scared. Shark In The Dark and Shark In The Park. We rooted and rifled and returned victorious. We’ve read them and played with them, screamed and squealed. We’ve shared them with friends, we’ve learned the words, and we’ve joked, about Timothy Pope and his trusty untrustworthy shark-spotting ‘scope. And we’ve all, our family and our very best friends, wilfully, laughingly, joyously lost ourselves. Lost in the rhythms and rhymes, we’ve shrieked at the jokes and peeped through the holes and found much more than some scary fish in a duck pond.
Because today, when we went to the library, we were there for something else too. We were there in support of Nick Sharratt’s fibs and fins and every child’s right to scream into the night in fear of a great white shark in their window. Support, not of our library, but of an idea. Books are free in this country, and that is one of the very few things that makes me feel proud. Properly, goosebumpy proud.
So today we went to the library. I shivered at a future that could come. It is the first place I lost my son. And a place I am proud to lose him any day.

2 Replies to “Today we went to the library…”