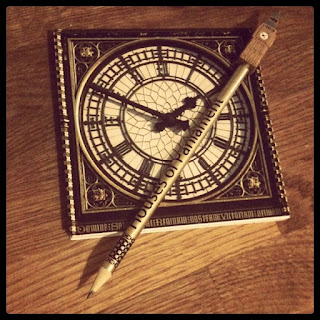 I was going to write a letter to my son on starting school and Oh, my little one, there is so very much to say. About how wonderful you are and how my dreams for you reach high and wide (in that I know your strengths and gifts and delicious potential). And then how they, my expectations and hopes, swaddle themselves in a desperate desire that you will be nurtured and loved and cherished and challenged and cheered and accepted and enjoyed. That you will be true to yourself my darling oddball joker, who fittingly at this monumental shift in life gear chose a pencil and a pad bearing a clock as your present for starting reception.

But oddly (and coy as I find it) I realise this is a conversation I would like to have with you in private as you start a new phase of your life. A conversation which will happen now in (all the) words you understand and later, perhaps, in more depth. I find they are private words and think you might need some private time to be yourself, to get settled, set roots and then bloom.

I think this especially when I watch your confused and face puzzling over what you hear adults saying to you and me about your start at school. When I see you fathoming our exclamations that ‘we can’t believe’ you are a schoolboy already. You, my sensible no-longer-toddler sage, are well aware that you are already at school. That it has begun, and that words like ‘can’t believe’, with all their potential magic and strange confusion, should be preserved for especially hard to handle ideas. Like:

Though I can’t explain the allure and beauty of a fallen conker, I can at least explain what some of this surprise is. And I think it is key to something, namely the attitudes people have to babies, children, pregnant women, which fascinate, hearten and appal me every day.

You see, in you, as in your brother (now standing, amusing, trying out words) or in a swelling pregnant belly, are writ large two opposing forces. Potent ideas, the stuff of midnight panics and midnight mass raptures:

Such simple thoughts but bloody hell, such tricky ones too. And you, in the spurting stage of youth, still growing and changing, you as you become physically coherent, dexterous, lithe, as you shed in turn the spindly limbs of newborns, the cushions of babyhood, the sturdy squareness of toddlerdom and become a boy stretched out with a triangle smooth body and the beginning of a frame, you represent these two things. In your body, pulling out and becoming whilst promising something even bigger (you will be a man one day my son) shows everyone, in every change, that time is marching on.

Death seems a melodramatic subject in a musing on school and time and beauty. Believe me, I don’t take it lightly: I know talk of that unknown and merciless warrior, that robber of potential and other times of pain – that thief and pacifier – comes far cheaper than knowing him.

But I think that’s why is is so easy for some to be ambivalent, threatened, dismissive or even furious at the next group coming out to bat (babies, kids, bumps). I’ve joked your very birth, and your amber eyed face-off as I saw you first, rendered me irrelevant. I think it did, but hope I can run alongside you, on the car side of the street for a little while longer.

Your newness (and by you I mean all children, actually) is a double bind: you are infuriatingly unable to do things or act grown up, your ideas are half-formed but fixed and everything is possibly fascinating or frightening. Sometimes it scares you too, as you zoom through existence. The fury rattles round, unknowable, as you learn the worst of things, like making insults hurt or making fun or being loud or cross or harsh or mean, as you also embrace the amazing offering before you too.

Yet also it offers a glittery half mirror for those of us older, a glass for us to fall through into a mirage of nostalgia and sentiment spiced with a memory of fresh new youth. Annoying and anointing. A reflection and a warning, a clear signal that time tick tocks along. And a public one at that. Your public existence, your very person becomes a compliment and a challenge and no more so than when you stand in the too long trousers, with a too big book bag and a miniature Big Ben pencil clutched in your tiny palms, marching on yourself into the face of time, unafraid of the future.