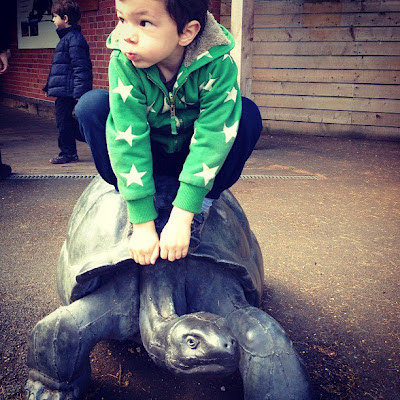 Father’s Day is here. And the season of summer birthdays. When thinking about the former I realise someone is often missing from my blog, which talks a lot about sons and mothers, husbands and brothers, sisters and friends. I think this can often be the way with the big things in your life.

Big things are great. Take cats. Spider-boy prefers jaguars, but the entire family is pretty keen on lions and tigers. Even the soggy tigers, majestically walking on water whilst sodden at the Isle of Wight Zoo a couple of weeks ago. And especially the black-maned lion Lucifer at London Zoo, which Spider-boy has adopted and which we also visited last month. 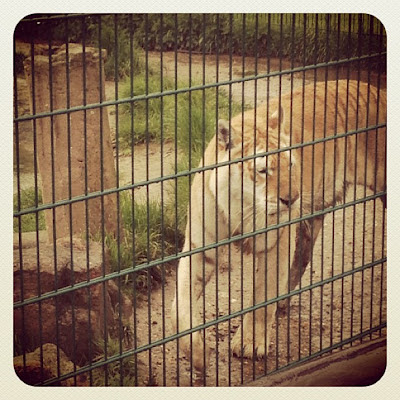 But despite our animal adventures Spider-boy feels hard done boy. He is, he declares with some considerable criticism of my parenting intended, the only boy in his whole school who has never seen an elephant. The only one. London Zoo no longer has them. And he’s quite sure we have never taken him to Africa. (Or India. Or Whipsnade. These being the holy trinity of elephant-spotting).

He is impressed by elephants, as they are both vegetarian giants, but also fierce fighters (elephants, according to Steve on Deadly 60, are deadly). Especially the bulls with their huge tusks and clattering might. And though I am more sceptical than he of the apparent percentage of his class who have answered his question in the affirmative and claimed to have been on a safari, I understand the longing. Such magnificent beasts.

‘I think you have seen an elephant!’ I reassure thinking of a trip to a wildlife park when he was at the end of nappies, ‘but it was a long time ago, when we went on holiday’.

‘How long ago?’ he demands. ‘Before or after we were all monkeys?’

I shouldn’t be surprised at this. I think he has a good understanding of history, and his personal past. He can wax lyrical at length on his nostalgic views of nursery, can look at the big kids’ room with a wistful sigh and declare his recent contemporaries as now ‘cute’ and ‘the little boys’. But if being a mother has taught me anything it is to recognize the craziness of the world as we perceive it, and the strangeness of so much of the stuff that we adults feel is entirely logical, as revealed by little eyes.

Back in the bedroom he is sorting through some animal fact cards. This is something he does endlessly, though today I can see there is some frustration. I assume this is related to the elephants. ‘I’m sure we can see an elephant one day soon’ I soothe.

Nope. His mind has skipped on. He’s cross now because he thinks elephants must be the oldest animals, (apart from blue whales) and something he’s seen in his nature book has annoyed him – news that a giant tortoise can live for over a century.

I probe and am reminded to always listen carefully and to watch my assumptions that he’s always following what I say. For today I find out this: my son (4, 106 cm) is convinced that age and height are directly related. There is little I can do to dissuade the conviction about this correlation. He offers he and his brother as proof, and then me and my husband. When questioned further he reveals the landscape of his imaginative understanding of the world, which is simultaneously charming and devastating.

His paternal grandmother, nanny, for example, who has told him she is shrinking with age, must be getting younger. He ponders whether she’ll ever get to be five again or just stick where she is (‘about seven? I’ll definitely be older than her soon’).

And looking around at grown ups in the street he reveals he is vexed by the complicated question of which age it would be best to stop at? Should he stop growing at 25? 35? 40? Which would be the better age to remain until he dies.

I note that many people have been similarly preoccupied with the retention of youth but then offer his great grandmother as living proof of 91 and just how old a person can get. This is greeted with a laugh. I think he’s deriding the elderly, or girls, but he isn’t. He just thinks it is hilarious I can misread the world.

‘Who is the oldest person you know then?’ I ask.

‘You know him! Don’t you remember? GRANDAD!’ he snorts.

My father, six foot four plus hair, born 1956, not often in this blog.

‘You remember your Daddy!’ And now I will, always, noting he must be ‘the oldest man that has ever been alive’.