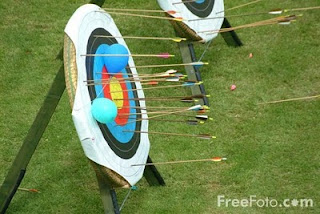 It isn’t just the constant improvisation and guesswork intricately knotted into the very fabric of parenting. The negotiations and promises, rewards and gestures, attempts at teaching lessons, endless reassurance and praise, the need to provide answers. So far this week I’ve been asked ‘Why do people get hurt?’ ‘How did newborn get into your tummy? Did you eat him?’ ‘When will I be a grown up?’ ‘What is 4 and 9?’ by Spider-boy, the latter resulting in a stand-off over whether the answer is 13 (mine) or 49 (his).
There’s something else, which goes further than my secret sensation that one day I’ll be found out for being a massive bullshitter. Something about parenting itself – from choosing outfits to making supper, picking what to do each day, what to wear, whether to go to the doctors or trust my instincts, whether to have sweets or plums or carrots – that feels a bit like one long role play. When, I wonder, will the adults come along and tell me what the right answer was, assess my performance and grade my parenthood. I don’t think it is exclusive to motherhood, a friend of mine says she keeps wondering when the grown ups will come and fix her bathroom, but in parenting terms I often feel I will be found out for the charlatan I am.
I mean take creative games. I never know how to be the wolf or the pig. I forget my lines and don’t always pick up on the subtle changes in tone of the game – some days Spider-boy’s wicked wolf relishes being boiled in a pot, others he wants to snuggle back into bed with Goldilocks (yes, we mix and match our Grimm’s tales here). And I can never remember what happens to the final goat as he trip traps past the troll. And I’m struck that in the midst of the jungle or river or midnight zone or straw house or traffic jam we’ve created with the sofa cushions Spider-boy is far more in control of himself and clear about what he wants than I am when required to think on my feet.
It started on that first night out of hospital, shocked, in awe, exhausted, shiny eyed we sat on the sofa as our last homecoming visitors shut the door behind them. I was sore and tired and already suspecting my scrawny new bird had more nous than either of us. We thought ‘SHIT… this is it… we’re on our own’. Neither of us could believe after all the monitoring during pregnancy and the poking and prodding of hospital we were just allowed to walk out of the postnatal ward without signing anything or passing an exam. The most important job in the world and you don’t even need to get a second interview.
So there we were, at home, in charge and with no fracking idea of what to do. I can still smell the slight hysteria of that July evening, us in our pjs with a babe at our feet who seemed to have a far clearer idea of what he wanted and needed than us, though we were the thirtysomethings surrounded by NCT leaflets and babies for beginners books, and he was so small his life could still be measured in hours.
I used to admire other adults who seem to do things with a straight forward confidence, and didn’t seem just one step away from a fit of the giggles when they have to answer official questions. I thought I was the only grown up living in a constant state of waiting to be found out by the life police and told they’ve had their fun and must return to GO without collecting any money on the way.
But age is making me think I’m not alone, and a good proportion of ‘everyone else’ is making it up as they go along too. This is a comfort, but also a terrifying thought. At least I have Spider-boy and newborn, who have no truck with my insecurities and dithering.
No innuendo or indecision for them. They cry when they are upset, shout when they are cross, stuff their faces till food dribbles back out when they are hungry, hit me when they are frustrated, shit where they eat, puke when they’re nauseous, laugh when something’s funny, are incredulous not mindful of social norms which require a constant vigilance over what we say or do or admit to thinking. And secretly I admire this lack of face, and feel pangs of sadness when Spider-boy says something he should rather than something he means, because with that heightened awareness of how he should behave he is losing the art of directness and certainty which I would like as a parent.

One Reply to “Playing Mum”