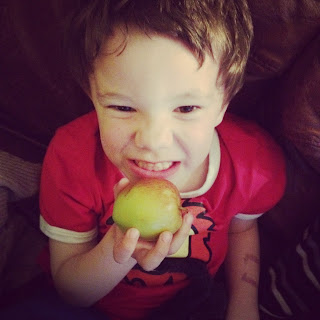 This weekend I had a fleeting online chat with Michael Rosen , a massive hero of mine. We tweeted about the inner meanings of Roald Dahl’s The Twits. It was one of my proudest moments when he retweeted my undergraduate analysis (that The Twits is all Foucault innit, a parable on internal flaws exposed). Or it would have been the proudest moment of my online career, had I not described the story as a tail. He graciously made a Freudian pun. The slipperiness of language, and my grasp on it, even in my 34th year, exposed. I know the spelling but my fingers and brains fudged up in their haste to record a thought and send it to someone whom I wanted to engage.

I love language. And I love the way having young people grappling, exploring, building, questioning, embracing it makes you re-think what a connection really means. I try to embrace my fortune in this role of introduction.

Take phonics. Sound blocks. Building each word, distilling a language. I don’t know exactly what I think of phonics, though I’ve enjoyed the explosive introduction of them in a multilingual inner London classroom lead by a teacher with a Mancunian accent. I’ve seen my son soar with some of the ideas – hand signal a-a-ants, making rhymes with similar sounds, the general games, the confidence building at the beginning. Also, in a funny sort of way, I’ve seen him soar higher with the phonic frustrations – he glows white hot with creation when he hits up against the magpie (thanks @rykalski) nature of his mother tongue.

My son speaks English and is learning to read and write it. English is a language which absorbs and builds on others – pick your metaphor about how it has created and evolved: melting pot, scavenger, survivor, conqueror, patchwork quilt, evolutionary gene.

What I’ve always loved about this, the fact that English is such a mish mashed, congealed pile of delicious and often unguessable left overs from a pot luck linguistic dinner, is that I feel the evolutionary force of it empowers its users. It practically demands they create, reinvent, reinvigorate it themselves every day. This is why I don’t like snobs or those immediately down on linguistic play and challenge (eg automatic txtspk haters). English is the language I live in and speak in and she invites me to play. Every day.

I see my son fathoming her unmappable depths, his assertions so bold and enticing. For example, as he bounds along at my side while we try to catch a train:

The thing about the word gate, Mummy, is it is very tricky. It has a naughty letter. A hiding letter. G-A-I-T, see, the I is there but you don’t know it

His confidence is awesome: he’s telling me. But his language has provided a double bluff. He’s right and he’s wrong. I tell him gait is a word, but it means the way we walk, illustrated as we gambol over a pelican crossing and then run to the station’s ticket gate. I explain that gate does have a tricky bit, but that’s the missing ‘y’. He takes this, because he’s moved beyond looking at me like a lunatic and started to expect his language, so easy and malleable but as hard to catch as the moon on a millpond, to surprise him. Every day, every hour we spend brings another surprise. My world is as much one of sticky chins and small warm hands in mine, as one of half rhymes: one part Clarks advert, three parts English Lit all Chaucer-style gobbling up of what we can see, chewing out the meaning.

I love hearing him sounding out words, and then producing for me his spittle lisped best guess as he takes a punt on how a word should or could be. It is invigorating watching him relabel the world all around, and the world of metaphor and feeling from the humming sounding out in his head as he concentrates on tearing apart a sound and remaking it with others- it reminds me of the bit in Hamlet:

He keeps them, like an ape, an apple, in the corner of his jaw, first mouthed to be last swallowed

My son the master and king, working out which working-outs are worth keeping and which should be quashed. These murmurs used to rebuild from scratch old sound signs – this is what buzzwords should mean.

Learning to read, write, speak, create in English (I’m guessing any language, but I only have this one to go on) doesn’t start from ground zero, after all. Language has surrounded you forever; your task becomes to master it and develop a way of exchanging your bursts of meaning with others.

And you  hit it running in a sort of attack at precisely the developmental stage where you are craving and embracing rules (show me a four year-old, I’ll show you the world’s most accomplished and certain judge and jury) and trying to break them to work out whether you and those around you are as solid as you hope or as weak as you fear.

As this goes on, the other child, my one year-old word warrior, continues on his journey, forcing into the open his need to connect and his need to be encouraged. With him, my task is affirming his linguistic mastery. Showing him I understand (which can mean giving him the chocolates he’s spied and pointed out) and letting him show he understands me. But how? He has already reached a level of irony and challenge which complicates things. His mimicry is loaded.

Take today, as he climbed up and stood on every obstacle in his path: every stool, chair, table, speaker, toy. On his third ascent of a picnic bench, twice thwarted and told off by me already, he reaches the plate.  He turns to check I’m running, again, to stop him. Before I can open my mouth to repeat my ‘no’, he addresses me and my friend from his mount:

‘Yeah, yeah!’ he shouts, eyeballs on me to be sure I get his meaning: ‘NO’

And what I want to shout is YES.

2 Replies to “Mother Tongue: Only connect…”