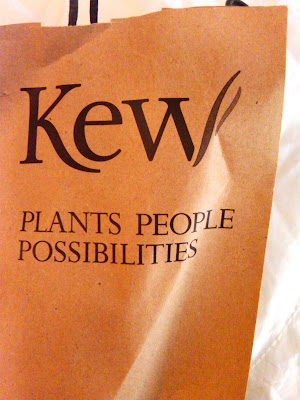 I found Spider-boy at the weekend. I found him, on Saturday, in a shop in Kew Gardens. The wonderful, intoxicating Kew Gardens. He was playing with a giraffe toy and looking at a display of plastic animals with the uncomplicated concentration of a small child perfectly and properly absorbed in a game of his own making

I found him about 20 minutes after we lost him. Not briefly mislaid, but horror movie, Ian McEwan-opening-chapter, makes-you-think-with-shivers-of-appeals-on-telly-and-faces-on-milk-bottles (yes I’m that old) lost.
I was the last person to see him and it was all my fault. I saw him, you see, I saw him walk into an interactive pod type plaything. He didn’t even look back. And then I turned back to my husband who’d rushed into the play area with me. We’d both been wrong-footed by Spider-boy’s sudden shift from fiddling with his final sandwich to discarded lunchbox and dash towards the indoor area. We were, if I’m honest, a bit stressed and shambolic.
It was hot, you know, and a bit grumpy although it was one of those days which was supposed to be glorious and perfect. Grandparents up in town; cheekily, unseasonably, unreasonably warm sunny weather. We’d taken an educational but beautiful day trip, managed to avoid wet trousers with a cheeky wee during the train change at Gospel Oak but still made our connection. We were on fire. Newborn had slept, for once, for longer than usual. Spider-boy was being pretty understanding, for once, about the slight chaos of visits. There was something interesting enough for everyone to look at. We’d forgotten a picnic but found a cafe. Spider-boy had eaten fruit and sandwiches, crusts and all. We were teetering on the brink of that damnable valley of the complacent…
Everything was supposed to be right, the sort of thing we’d all enjoy, talk about at bedtime and afterwards when we relaxed into a lazy tea of takeaway and beer. More fool the vain blogger seduced by her own obsessions with memory and pictures and instant nostalgia. And damn her thrice for playing on words. ‘No!’ I wanted to scream at the Gods as a chill came over me: ‘I DO NOT want to be that woman’.
You see, back at the creepy crawlies indoor playground Spider-boy was well and truly gone. I’d seen him in a throng of kids, turned my head slightly to have a momentarily fraught, kind of hissy exchange with my husband about whether his shoes should be on or off, and where the changing bag was, and how annoying it is to have to rush off from lunch without a plan of what we’re going to do. And as my head moved back? Bang. He was gone.
I’ve lost him twice before. In the library and in Marks&Sparks. Both contained spaces with obvious doors. And both instances lasted only a few minutes. I wasn’t concentrating as hard as I should have been either time, but it was a trick of the light lapse, caused by being on my own and multi-tasking, not a full-on family fail. Today I’d been distracted not by something substantial if trivial, like turning and searching for a coat (the library) or picking up a shoe (M&S), but with the haze of a million preoccupied, UN-laid-back-mummy-that-I’d-like to be thoughts.

I couldn’t explain what I was doing when I found a member of staff. After my last glimpse of him, I’d just been sort of generally distracted and all knotted up about what my family were thinking, whether everyone was having a good time, how the day was going, when the baby had last been fed (and why I had forgotten when it was probably only minutes ago) and how annoying it is when family life gets just too frantic, to get a grip on what was going on.

And worse, I felt a sort of existential silent hysteria. Fuck, I thought, headlines ringing in my ears. How will I explain how I lost something so precious? Surely I can’t have lost everything because I was fussing and worrying and being totally self-absorbed.
I spied the toilets. No luck. The playground’s nooks and crannies and tunnels full of millipedes. The outdoor playground. The chocolate decorating class (which we weren’t booked in to but I was momentarily thanking Jesus for as I was sure that was where he’d be). Mr Thatwoman and I recovered and recovered each other’s steps, my tall father stood look out, my mother held Newborn.
People either run from you or to you when you look panicked. Blessed are those who intervene and help: you know if you are one of them. An angel of an American tourist and her daughters started methodically comb the corners of the shrubbery, reassuring but scarily urgent when I said he’d gone. The chocolate egg-painting lady gave me a microphone, and I pathetically called out his name. It felt like there were hundreds of three year old boys in brown trousers (and t-shirts with animals on) but none of them was ours.
After ten minutes or so, even those with steely nerves get a bit shocked I think, and I confess at 15 minutes I had burst into tears. Time hurtles and stands still and the creep of every mother’s nightmare clichés thump in your head. This can’t be happening, you think. But deep breath, start again: brown trousers, standing on the hill, looking my way, a sensible boy, he knows his name – the thoughts swim, but nothing is solid as you still can’t see him.
We are lucky, of course. A few minutes after I thought my head might fry with fear, I did the deep breath thing again and thought about the half hour before lunch. When we’d first seen the playground and we’d walked past the shop, my mother and I talking proudly about how, arguments over walking on the flowerbeds notwithstanding, Spider-boy was a very good lad, and ever-so-good about not pestering and demanding treats.
I thought of the baskets of tasteful knitted toys, and the box of less tasteful plastic grabby tiger heads. It felt like the last moment of inspiration I would ever have and I ran for it. And there he was: playing jungle, hidden from the tills because he wasn’t as tall as the table display, quietly creating his own ark.
He had walked behind the interactive ball of dung (or something large and brown and full of squealing kids) and back out through an emergency exit. He was hidden in plain sight as he’s too short to be seen behind a normal height railing and had strolled away, happy I knew where he was and forgetting I couldn’t read his mind.
And it teaches me…? Not much, actually. Only that it is by the grace of someone, or something, that any of us tread the path of this woman, with her found boy, and not that woman, that unthinkable woman, who never found hers. And that strangers and friends and most most most people really are terribly kind. And that I really must teach him his address and our names (I have checked this with him every evening since; he knows who he belongs to and his nearest bus station).
I say ‘not much’ because I’m sure though I’ll endeavour always to be more careful and vigilant than ever, he and his brother will at points dip out of my eye-line and practicality tells me this is something I can’t necessarily avoid. In our (hopefully) long life together I imagine there will be many moments out of view where they will be at the mercy of everyone and everything else.
And though I have perhaps too blithely noted this, letting them roam out of sight is the goal of parenting, and though the seam to be mined from metaphors of losing and finding is all too temptingly filled with material for a parent blogger, I was right back at Christmas when I described our role as watchwoman. More watching, less thinking about it. For that’s what we are for all time.