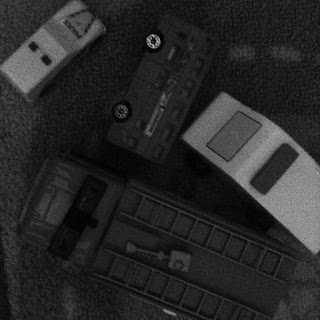 So Spider-boy has some questions. Several questions. He’s been at nursery, he’s had the radio on, he’s overheard us talking to friends and relatives. He’s wise enough to save the first couple of questions until I am trying to shut the front door after our guests have left while gingerly edging his sleeping brother to a cot. He knows I am unable to run, or risk him repeating too loudly.

‘So,’ he starts. ‘WHAT IS LOOTING?’ And so it begins. A whole rigmarole of things to explain which are so very hard, mostly in their brawny simplicity. We talk about stealing, about taking things that aren’t yours, about smashing and bashing things up and making a mess, about ruining other people’s stuff. He’s horrified, and fascinated, that grown ups and big boys and girls could do this too. He’s preoccupied with the idea that the phone shops are ruined. ‘Where will people get phones?’ he pleas. ‘I wanted a phone when I’m a Daddy’. He’s wide eyed and worried.

The baby is snoring now and I start tidying up a bit around him. I’m feeling harassed, it has been a long day. I hear the click schwpt of his lips pursing and opening up. ‘But what about the man?’ he asks. ‘There was a man. There was a man in the story. What did he do? In the beginning…’

Cut through the bone to the marrow my lad. And get thee to bloody Westminster. Or somewhere. Slicing through the flesh and meat to find the substance. I only wish I was making it up. I wish I had imagined the precocious persistence. But no. This is the truth of it. And my response, which may or may not have been right, but which was to re-script a riot.

It started with a gun. A man who had a gun. A bad man? Possibly a bad man. Probably a bad man. A man with a gun that shouldn’t have been his. A mistake, an accident, something terrible happened. The police went to collect him and they had guns too. When a gun went off more people shot at each other. No-one wanted anyone to die, but the man did. He died. He was shot.

And then there were people. People who loved the man, because even people who have done naughty things have people who love them and don’t want them to get hurt. They didn’t think what happened was fair, they wanted to know what happened, they missed the man. They wanted to understand the mistake. So they went to the police and they waited. And that is okay, even though it can look scary when there are lots of people together and they are upset or cross or worried. It is okay, it is right, for people to ask questions if they don’t frighten anyone. They, we are allowed to ask questions to make sure everything is fair. This is called a protest.

But then there were other people, who were angry about the man and angry about other things. And they got cross with everything, with the police, with other people, there were so many of them and they were so cross they started breaking stuff up, burning things. Setting things on fire: shops, buses, cars.

By now we’re in the kitchen, and Mr Thatwoman is helping out too. We fell in to a rythm and a mutual decision, that we would tell the truth as far as we could. We dreaded the why? We, after all, have a long whiny horrified desperate, shamefaced, disbelieving why? too. It doesn’t come. He’s followed the narrative and thought it through. He has a couple of clarifications – ‘are the people who smash things up and steal things baddies?’ Yes. And did they go through the doors and the windows to steal things’ Yes.

Another pause. And a summing up. He sifts through the information and has two comments. One: Who WHO? would burn a bus? and two: Where is Spider-man? And I put those questions, his real questions, on this strange bloody week, not as a joke, but because in many ways I think they are as valid as so much else that I’ve read.

We certainly need to try to understand what has lead to this, and we’re naive if we think it is merely a product of social deprivation. I can’t see how that doesn’t link in, I can’t believe those with such economic constraints can’t be close to boiling point. In fact I can’t imagine why so many of the poorest aren’t at boiling point. But there’s more going on than just a lack of hope, security and opportunity feeding on grisly opportunity and the chance to catch the establishment and those with more with their pants down. There’s something to do with capitalism and morality here. And a good deal of feeling put upon because you’re watching others live the life of Riley.

There’s something so frightening about a small but deadly swathe of a generation brought up with a major pharmaceutical telling them ‘they are worth it’ and in that one phrase summing up a conflation of self worth and pocket money. Why shouldn’t they be ‘worth it’? I understand that feeling and can sort of see the logic, we’re all worth it with our tax breaks and our organic children’s clothes, why shouldn’t they be worth it with a plasma TV? Why shouldn’t they get the sweets for once? But there’s more even than that. Something ugly and horrible and rampant – it is about greed, and envy, about a lack of interest in society, about an ignorance of and loathing disdain for productivity. When did the small business man or woman with his or her good idea suddenly become worth trashing? It is as terrifying a sight, this swag grabbing, as the torch wielding. It seems frenzied and unstoppable and so, so, so bloodymindedly unreasonable. And there’s something about a thrill too, the thrill of being frightening, of living up to the hooded stereotype, of getting away with beating up on the adults.

Even more, though, there’s confusion and misinformation and ignorance. An inability to contextualise the world or empathise with it. Who would burn a bus? Precisely someone unable to read their world in any cogent depth. A bus? A BUS? Public transport, that well known instrument of oppression and the man! But I’m ranting now. As so many people are.

The thing is, though, we must calm down as it is all about the questions from here on in. Without the right questions the actions won’t fit. And although asking for a superhero is too late, and too fanciful, too childish and too pat, it is at least looking at the world with hope and imagination. Which must be more important than looking for self-esteem in some stolen trainers or, in a story which starts its main chapter with a gun, asking for rubber bullets.

4 Replies to “I rescript a riot”