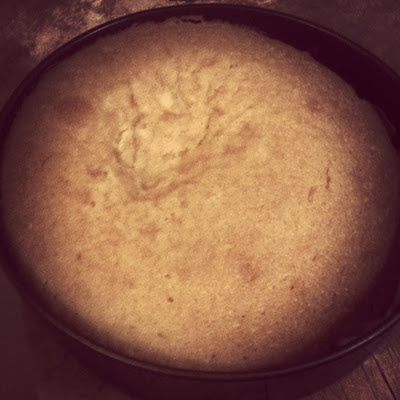 Depression can make you do some bloody barking things. Even afterwards, when you aren’t in the abyss. I’ve written about black dogs, and howling madness, but I find sometimes the most aggravating of all things related to mental health are the niggles, the things you can’t trust, the draw of magical thinking and other delusions, the mind games your brain can play on you.

I’m an okay baker, if not a great cook or a prospective contestant for GBBO, but I like making them, stirring, watching them rise. I like playing with icing and making things to go on top, I enjoy the moment where butter-icing goes glossy then fluffs back up. Mostly though, I enjoy doing something soothing, which I’ve learned by rote and can do, if not with my eyes exactly closed then without the a recipe book open or having to double check what I’m doing.

Since I learned to bake a cake, and got good enough to do it so it was raised and bouncy, and usually nice enough for compliments I’ve taken it on as a feather in my cap and something to rely on. A standby skill. An easy cooking target. An open goal for my self-esteem and sense of self, especially when things are hairy. I’ve also noticed that though whipping up (well, folding carefully) a lemon drizzle which rises like a Madeira sponge can be a real boon if I’m feeling a bit shit and want to cheer myself up, when the shit really hits the fan for me, so too does any hope for my cooking.

When I had pnd I lost my ability to bake. I still get the shudders when I think of one disaster, I still had some skills, the sponge was bouncy and nice enough for the back of a WI table, but the icing? It was melted almost to a glaze. Except it wasn’t a glaze, it was a pool of sludge dripping over the lip of the plate.

I made one cake without butter. I forgot it, although in a completest way – I never even got it out. This isn’t to mention the two cakes I dropped – only one of which was at least fixable in a stick-together-with-jam-and-hope-no-one-notices way.

A fiendishly clever foodblogger I know once told me she couldn’t make mayonnaise after a terrible heartbreak. I wonder how common it is? And whether it is just food? Certainly I know other by rote actions, learned and almost automatic can falter in the face of depression and great sadness (sex, reading, puzzles, playing music), although it is hard to know whether apathy is overriding the learned-so-well-you-can-do-it-with-your-eyes-closed-ness, or somehow you are sabotaging anything which might be fun or instigate any sense of self worth.

For Spider-boy’s first birthday we made him bread. And my husband had to handhold me through a caramel cake which disguised any imperfections with thick, thick chocolaty silky sauce for the grown ups. Those were dark days, it took pretty much up to his 2nd birthday for me to be confident of getting it right and even then I needed help with the icing.

For Newborn’s first birthday I was quietly confident with my cocky idea for icing, and hadn’t even bothered thinking, let alone worrying, about the vanilla sponge base. I wasn’t even perturbed by knowing I was only getting back from a business trip midevening the night before so I’d have to throw it together after the boys’ bedtime and stick it in the oven at 10pm.

I got mine. It fell in, and shrank, and collapsed. A metaphor for a melting mind, a sign of bad stuff to come, a reflection on modern life often being rubbish? Were the ingredients wrong, had I been too quick or over confident, were the eggs not room temperature, was it the new greaseproof paper? Whatever it was, the cake (see above) was a bloody mess, like me I’d say, sweet enough but saggy in the middle, insubstantial, and not appropriate for public display.

Obviously a cake’s a cake, and a mistake is a mistake, and it is possible for anyone to funk up a bake. And I know both this and that almost certainly there was something about the eggs being too cold or some such. But I had to make sure. So I baked the cake again, on the brink of midnight, in exactly the same way, just to check. And thus in my attempt to prove to myself I hadn’t gone crackers, behaved as if I was completely half-baked.

I just told my husband about this post, explaining it was about the disastrous cake and saying I found writing a conclusion tough. ‘Well,’ he said, ‘Endings are always hard. I suppose it is all about learning things can’t be perfect all the time.’  A wiser man than me. 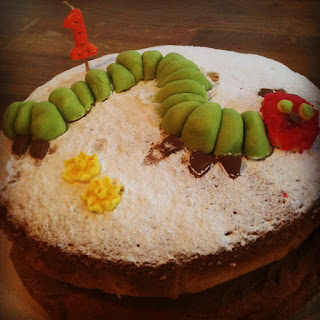