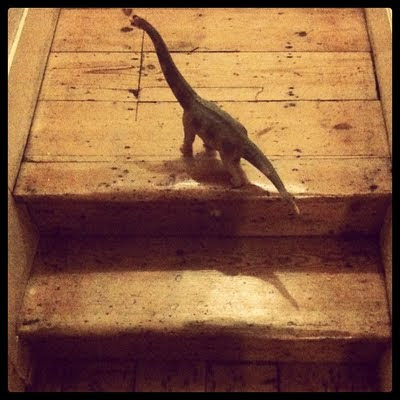 Life and movies don’t always collide. Although I suspect anyone who claims never to have imagined themselves in a pop video whilst rammed into the back of the family car on some endless sweaty holiday journey is probably lying. We’ve all done it, melted our world into a movie in our head, in my case looking to my parents like I was in a sulk whilst I was more likely pretending to be some Kate Bush / Bonnie Tyler rip off in an American teen landscape ripped straight from rock and roll.

When you watch kids watch movies you see them so immersed sometimes, they can barely contain their pure emotions – my son is IN LOVE with Mr Bloom’s French singing aubergine Sebastian. He’s changed his name, and tells me, eyelashes fluttering on the edge of sleep that at his work he goes to vegetable festivals where there are lots of Sebastians singing along with runner beans. It is a simple but full immersion. It has echoes of baptism – he emerges from watching blinking his way back into the world.

I love it when movies catch me this way too. People often talk about Steven Spielberg’s child’s eye, his obsession with childhood and related sentimentality. I quite like his films though, and don’t mind the tips towards the mawkish every now and again. I think, if I really tried, I could make my self cry with full chested heaving sobs if I sat quietly and thought hard enough about the moment when Elliott looks like he might be dying in E.T. Or the girl in the red coat, with her clever, clever little plan only foiled by the width of a bed.

What I also like, however, is Spielberg’s knack of tapping into the parental eye too. The mixture of pride and frustration in Hanks’ weary civil servant as he tracks down DiCaprio’s endlessly creative and mischievous little boy lost in Catch Me If You Can, for example. The film works because Hanks’ character is attracted to DiCaprio’s lad, pulled to watch him grow up, keen to capture him but relishing his daring moves from new skill to new skill. Damn that reminds me of being a parent.

My favourite of these parental moments is in Jurassic Park. I know everyone loves the kitchen chase (an important life lesson that, check your mirrors, remember you can look behind you by looking in front, stop your baby brother from making noise if a reptile’s on the loose), but for me it is the moment when Muldoon notices his theory in action – the raptors are learning, and have split to surround and attack. He notices that he was right, just before they tear him up (off screen), but what does he say? He says ‘clever girl’. He’s secretly thrilled by his scaly kids and the way they’ve reassessed and conquered their world. Again.

I get this with Spider-boy, so much. My new favourite thing is hearing adult idioms as he articulates his view on the world to me. ‘Guys,’ he says, squinting into the festival sky where a rogue lantern illuminates a thousand Cath Kidston tents, ‘actually, do you know what that is called? It is called in the distance‘.

Today my littler son had a sore and swollen eye. I had to work from home with him watched by helpful friends and or snoozing softly while I tapped away, and get him to the doctors for drops and bits and bobs. He isn’t properly sick again (turn around touch the ground spit on the floor) and has, in fact, just rubbed his snuffles around his face and made everything a little bit icky. That’s okay then. Phew.

When I was making my lunch, I had him in the kitchen with me. He was rifling through our mountain of camping washing and crawling around. I turned to get a fork from a drawer and get a drink from the fridge. The wee sod climbed three stairs whilst I was no doubt congratulating myself on the benevolent neglect school of parenting he and so many second siblings are subjected to. He didn’t even grunt and complain, as he has with other milestones. He just did it and then sat at the top staring back at me, before turning over, bum in the air, and gliding along the floorboards to the proper stairs. By the time I’d reached him he was going for the second stair the first one not even a challenge. Like Muldoon I see, if not death, the catastrophic end of one phase of life hurtling towards me. The bugger climbed the fucking stairs. Nothing is safe. He is properly able to escape my clutches and my kitchen. Like Muldoon, I heard my self say ‘clever lad’.