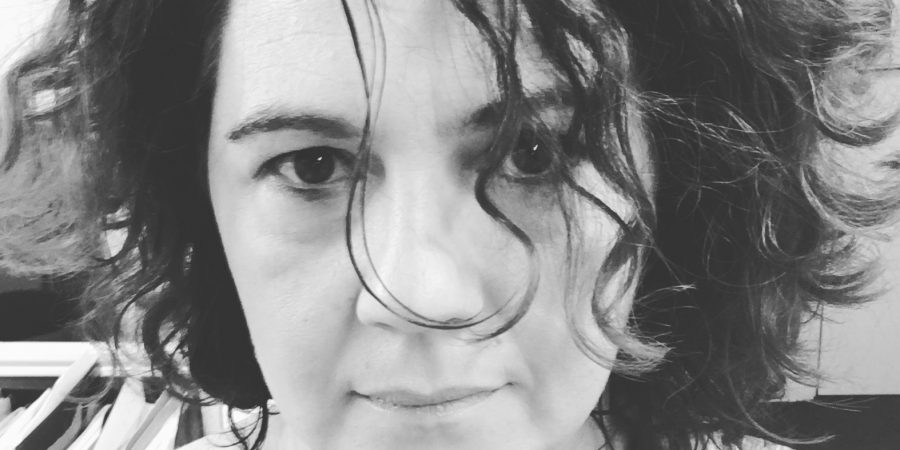 Daring to bare is difficult and odd.It also makes you ponder strange things, like why am I persisting in writing about something so embarrassing? Will it come back to bite me in the bum when people realise how rank my health has been? And what will my dad say if he reads a piece I’ve written that refers to my shredded fanny?

And it is also hard. Though perhaps not in the ways you might think.

I had an article on The Pool today, their 9AM long read for a Saturday morning. I was nervous that they would hate it or decide to step back from it, that I’d gone in too strong on visceral detail, that I wouldn’t convey the emotional side of the story – something I found so hard to see mirrored when I was first struggling with being a leaking woman.

A part of me almost pulled the plug. No-one wants to go public about being part of such grim statistics, one of the hidden millions of people with some form of incontinence the NHS estimates live in the UK. But I’m so glad I didn’t.

I might be prepared to talk about my wet knickers, but there was something bigger. Can we all address the fact that incontinence is a feminist and social issue, and move into a grown up chat about wet knickers and their real emotional impact, which sways from heartbreak to fury via shame?

Yes it is embarrassing to know that strangers have read about your private parts – and worse private thoughts. And there is still a tacky film of shame, like the thick surface of water you can catch out if you touch it gently, that surrounds the subject for me. A viscous bubble which glistens in the sun and taunts me for thinking and talking about shame and continence so much. I worry I’m all mouth and wet trousers, if truth be told.

And yes, after I emailed the link to my family I had a slight lurch about the detail, the sordid detail, the nubby grains of truth that swill around the bottom like coffee grounds, staining the pot and defying a quick rinse. But those, the unmentionable stains, the real details for me are the most important bit.

Over recent years, and the decade I have had various degrees of bladder and other issues, there have been attempts by others to ‘speak out’ against the silence around leaking wee or poo.

Some celebrities have mentioned it, famous doctors like the chief medical officer, have talked about their experiences, physiotherapists like Elaine Miller are doing Stirling campaigning work trying to influence policy, while getting women to talk. There’s information about pelvic floor health on pad packaging now, and websites run by big healthcare companies who manufacture and develop continence pads and knickers which include forums, videos, Q&As to try and help people find out more. Kegel 8, who manufacturer devices for clenching have a helpline.

This is all great – but what I couldn’t see on the surface at least was anywhere where the conversation about patient experience hit the real truth. The truth that incontinence pours into every bit of your life, soaking into your psyche, your sex life (I know, but no-one talks about it), your social confidence, your ability to relax (amongst friends or strangers), your future health (as you are more likely to stop exercising), your sense of humour (I burn when people make lazy continence gags, which happens a lot) and even your fashion sense as you often are forced in to a tyrannous relationship with anything that might show a damp patch (and nice knickers don’t fit pads in, and tight knickers, with pads, give you chaffing and thrush).

So I’m glad I did it, even if it outs me further as Mrs Pissy Pants, because we need a conversation. And because we really do need to start the conversation now if there is going to be meaningful change in our lifetimes and the lifetime of the next generation. And not just about female bodies, but also male – they have pelvic floors too, and prostates that enlarge and affect them with urgency and frequency issues.

And it was hard to speak out, but only because I had to take a selfie and I couldn’t work out what sort of face to pull. Do I look sour and furious like someone on a local newspaper moaning about an injustice? Do I look mortified? Proud? Defiant? Sexy? Happy? Grateful – that my incontinence was a fluke, that I had help, and nobody died? Or what I really was, which was mostly angry and ashamed. And ashamed because anger seems such a primal response.

It took years for me to understand how cross I was. And even longer to decide to own it. Like screaming and shouting when you stub a toe or lose something raging at unchangeable bad luck is thing we should move on from as we age. But this shame is primal. And infuriatingly unnecessary, which is why I at least kept my cross headshot and used it here. We have so much power now, with modern medicine, the internet, brilliant absorbent fabrics, ace product design.

We should be able to make incontinence bearable for the unlucky few who cannot be cured, and get rid of it for others. But that has to start with a conversation.

I feel hope, because the reaction has been mostly positive, and I am truly both stoked and beyond grateful for the wisdom, kindness, support, praise (see, I am vain) and love I’ve experienced.

There are too many women who’ve had difficult birth or gynaecological treatments and illnesses, women who feel lied to or like they weren’t making informed choices, for example, over the controversial mesh operation which is a scandal, which is only just starting to show its true ugly face. But also too many who have been putting up or shutting up, feeling sad and leaky and bothered, but getting no help for years.

I’ve had messages from women who I don’t know, who I will never meet, who’ve talked about bladder issues as a result of accidents, childbirth, other health conditions of infancy, childhood, ageing. I’ve seen them comment on Facebook shares and glimpsed their chat on twitter. One said it had taken over a decade to sum up to courage to see if or what help was available. Others told me about the emotional impact of it being devastating and often overlooked.

If any of you are reading this, I’ve said it before – we leaky women are all lonely, even though we aren’t alone. 1 in 3 of us experience incontinence. And yet its a personal prison if you haven’t got the support or help or brass balls to claw yourself out of it.

There will always be responses that take debate to different places. For example I’m definitely not suggesting all women should have c-sections, but I understand legitimate concern over whether woman get the proper facts on vaginal delivery, and indeed c-sections. Nor am I saying that my treatment approach was the right one. But I’m glad we can get talking about the realities of birth injuries, bodies, and bladders as it needs proper analysis with all the facts.

I do want women to be treated like adults and conversations (and education!) to ensure they make informed choices. I doubt C-sections would have changed my story that much, though I will never know; pregnancy itself can affect your pelvic floor, just as menopause can even with no vaginal delivery ever, and we all inherit genetic predispositions. But there is so much dis-empowerment sloshing around so we need to seize our  moment, now, as the fem roar is starting to build. I’m so heartened to hear about all the initiatives around pelvic floor, the mesh survivors, and obstetric care going on at the moment, and I hope we can all work together to make things better for all of us, to ensure our choices are made in good faith with proper supportive information and to start thinking more broadly about women around the world.

And that’s why I wrote the piece. Not to be brave – I’m really not – and not to show off (I am a show off, but not here). Not to be heroic. But because part of starting the chat is being honest about how grim incontinence is and why people don’t get help. Being unheard, even if you are in hiding and not talking, is terrible. Far worse than being heard (as I have been). And far worse than me risking being laughed at, or being pitied. Being wrapped tightly in a stigma day and night, which rubs away your sense of being a properly grown up adult, having a condition synonymous with a lack of control, excess, and an inability to keep your disgusting animal secret nature at bay, smelling: All these things totally fucking suck.

Here’s the biggest hidden truth: Incontinence is a Feminist Issue. It is, and it is time we took the next step on from rolling our eyes about not climbing onto a bouncy castle.

We’ll never come close to the careful work of compassion and rebuilding we need to commit to, to proper plans for pelvic health (around childbirth and beyond) which consider women’s real experiences, and aren’t swept under the carpet like groping and ill-fitting tights and all the other life bollocks that we ignore as a society and consider a women’s issue to solve. We will never have a world where continence conversations don’t need to involve burning cheeks on top of personal investigation, or anything else unless we first start the conversation and thumb it out in all it’s undignified un-glory.

Why has this stigma held fast? Is it because it is so much more likely to affect women and also, let’s all admit it, the elderly and the disabled? Why do these things not matter to a wider society when solving them with dignity and useful help would benefit all of us in the long run – less women dying of diseases of inability because they stopped running and got fat, less depressed and anxious and isolated people not leaving their houses, so unable to work and often poverty-trapped, less admin costs for the state coping with healthcare and benefits for people who could be cured if we were only a bit better at grown up conversations, less relationship break-ups because some women refuse to have sex rather than explaining to their partners why they can’t.

Shouldn’t we really think about that, what we can learn from it and what we should do next? Then maybe we could find a way to be kinder about incontinence too, not just to each other, but also to ourselves, and stop feeling compelled to put up and shut up, rather than talking about it.

One Reply to “Coming (un) clean – why the continence conversation, however difficult, needs to start now”